Maximum Security is No Match

The History of Joliet – Chapter 34

Through the years, there were many escapes from Stateville. But not all of them were well planned.

By John WHITESIDE of The Herald News

In the summer of 1919, the toughest inmates in the old Joliet prison were moved to the big circular cellhouse at Stateville. The new prison was still under construction.

But its builders said that round cellhouse was absolutely escape proof.

Then surrounded by only a wooden stockade, Stateville had been on the state’s drawing boards for more than a decade. It was being built to hold what Warden Everett J. MURPHY called his “bad men.” He had a list of them, each one considered an escape risk.

PLATT, 29, was doing life for armed robbery. Although he had attempted to escape several times, he had been inside the old prison for eight years.

They took him to that escape-proof cellhouse at Stateville in chains.

The Joliet Evening Herald-News quoted the tough guy as saying, “Hmmmm. So this is the new prison, huh. Pretty hard nut to crack. Pretty tough stuff.”

PLATT and 219 other convicts on the warden’s “bad men” list had a new address inside the round cellhouse.

But on the morning of Nov. 5, 1919, guards found PLATT‘s cell empty. During the night, he had managed to cut through a double set of iron bars in the cell window. Several saw blades and a chisel were found in the floor.

PLATT had made his way through the darkness and over the stockade wall to freedom. Stateville had just experienced its first escape. But the second escape was already being planned.

Edward “Immune Eddie” ENGLISH was on that same list of “bad men.” The 5-foot-1 convict had already served three sentences at the old prison and two more in Minnesota. He was a career criminal who specialized in armed robbery and confidence games.

At the old prison, a special steel door had been installed on his cell and he was never out of sight of a guard. He had been in that cell three years when he was transferred to the new round cellhouse.

Realizing an opportunity, ENGLISH volunteered to help in Stateville’s construction. He became a draftsman for the building superintendent. Maybe ENGLISH had improved his attitude, the warden thought. Especially after the convict volunteered to do draftsman work in his cell at night.

He was allowed to take a draftsman board into the cell. To do the work, he would hold the board up against the cell door.

But what the guards didn’t know was that as he worked and blocked their view, ENGLISH‘s cellmate Antonio AMIDO was sawing though those double bars. As the bars were slowly cut away, they were replaced by sticks painted to look like steel.

On Sunday night, May 23, 1920, the two convicts removed the sticks and dropped 20 feet to the ground. They easily got over the wooden stockade and disappeared in the darkness.

That following Monday morning was a real problem for Warden MURPHY. Not only had two of his “bad men” escaped, but four more convicts on the honor farm had walked away the same night. There had been 20 walk-aways at the honor farm, which furnished construction labor, in one week.

PLATT and AMIDO found their freedom. But ENGLISH surfaced a few years later in Omaha, Neb., where he had killed a man in a robbery. Although the prosecutor there sought the death penalty, the tough little ENGLISH defended himself. He amazed all with his legal knowledge.

Paroled from the Nebraska prison in 1941, ENGLISH still owed prison time in Illinois. Stateville Warden James DOODY was waiting at the front gate when he arrived.

Through the years, there were many escapes from Stateville. But not all of them were well planned. Like when Clarence LANGFORD escaped from the round cellhouse. He, too, was one of the original “bad men” on the warden’s list.

LANGFORD, a cop killer, worked for months cutting through the double bars in his cell window. He painted cylinders of paper black to cover the cut marks as he worked.

On Aug. 17, 1926, he escaped. But how did he get over Stateville’s big walls protecting the 63-acre prison complex? The grounds were searched several times, but there wasn’t a sign of where he had gotten over the walls.

But 10 days after the escape, LANGFORD crawled out from under the prison tin shop. He was half-starved, weak and suffering from a sprained ankle, after dropping down 20 feet from his cell window.

LANGFORD said he couldn’t find the rope he needed to get over the walls. He was transferred back to the old prison’s solitary confinement, realizing that Missouri authorities were waiting for him if he ever got paroled.

Through the 1920s and 1930s, there were lots of escapes from the state’s escape-proof maximum-security Stateville prison. 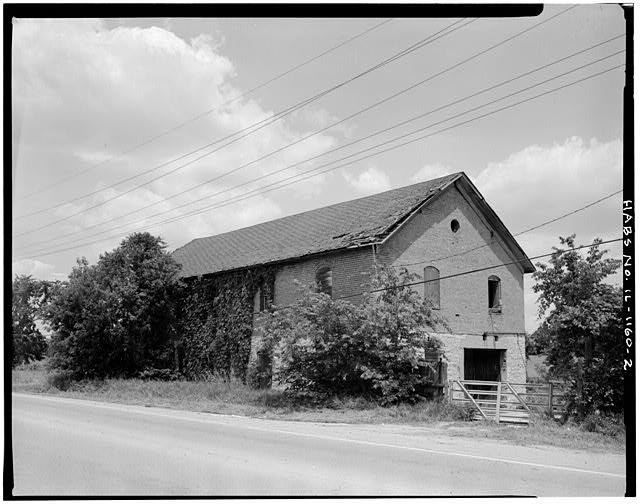 Photographs of Will County Illinois