History of Will County, Illinois 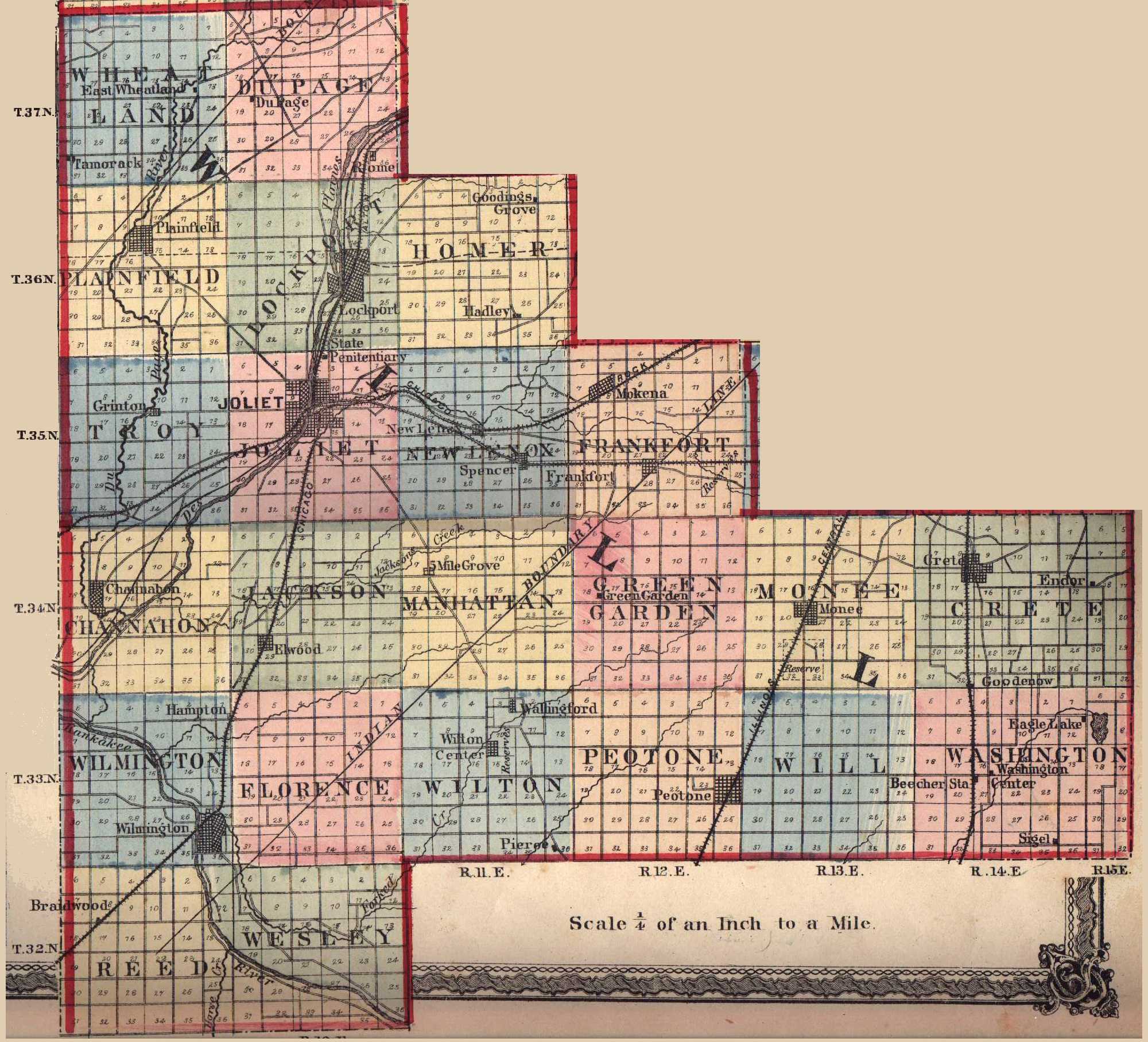 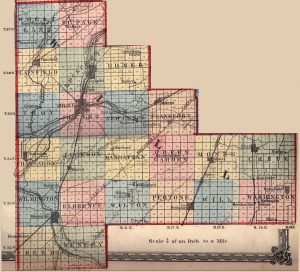 Will County, as it is now constituted, consists of twenty-three and about one-half townships of land, and is bounded on the north by Du Page and Cook Counties; on the east by Cook County and the State of Indiana; on the south by Kankakee County, and on the west by Grundy and Kendall Counties. It has an area, therefore, of (about) 541,440 acres, or 840 square miles. In its widest part it is (about) thirty-seven and one-half miles east and west, and thirty-six miles north and south. The fractional half township is occasioned by its embracing a strip about one and a half sections wide of Townships 33 and 34 north, Range 15 east, which lie between Range 14 and the State line, and are added to the towns of Crete (34) and Washington (33). Otherwise, and excepting the towns of Wesley and Custer (which are divided by the Kankakee), and the town of Reed, which is the west half of T. 32, R. 9, the town organizations are identical with the survey of townships — that is, each town consists of a township of land. This will be apparent at once to the eye by reference to the map which forms a part of this work.

The plan of survey, which was early established for the public lands, renders the description and identification of tracts of land easy and certain. This plan, which is said to have been devised by Thomas Jefferson, and was adopted in 1786, consists in establishing, first, at convenient distances, meridian lines, which are called “principal meridians,” and which are started from some well-known point and are run due north and south. Next, a parallel of latitude is run at right angles with the meridian, and is called the base line. From these main lines others are run, called township lines, just six miles each way, which divide the land into townships of six miles square, which are subdivided into thirty-six sections, of 640 acres each, which can again be subdivided, by imaginary lines, into quarters, half-quarters, etc. The lines running north and south divide the townships into ranges; and those running east and west, into townships. The meridian line from which we count starts from the mouth of the Ohio River, and is the Third Principal Meridian. Our ranges are east of this meridian, and the townships are north of the base line. The base line from which we count is somewhat below Centralia, so that the southern line of townships in our county is 32 north, and the western range is 9 east. It is from this Third Principal Meridian that most of the State of Illinois is surveyed. By this simple mode of survey, any piece of land is definitely and easily described, even down to ten acres. In all townships the sections are numbered, beginning at the northeast corner and numbering through first course west, then returning on the second, and so on through the township. Of course, along large rivers and on lakes, fractional sections occur. Plats of the surveys are recorded in the general and local land offices, and section corners are marked on the prairie by stakes, and in timber by “blazed” trees.

Joliet Boasted in 1887: Business was Booming!